Our Mission / Our Vision 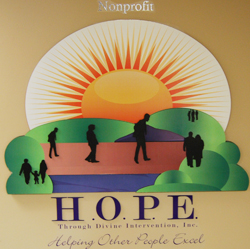 Our mission is to provide quality, affordable, and safe housing options for low to moderate income individuals and families who may be coping with special needs, such as HIV/AIDS, mental health, physical disabilities and substance abuse related issues.

We are committed to providing the homeless with more than just a place to call home. Central to our mission, and dedication to Helping Other People Excel, is our desire to give people, living in poverty, an opportunity to move up and forward to new, positive horizons. We believe that those opportunities are best provided in communities with a mix of affordable and market based housing, access to jobs, social supports, and a commitment to environmental & civic participation.

Our vision is that every individual and family be given the opportunity to have a quality, affordable, and safe place to live. Our objective is to ensure that these individuals and families remain in and sustain their homes for years to come. Our goal is to eradicate homelessness in the Metro Atlanta Area region and use this solution as a model in other states, and eventually across the nation.

Underlying our Mission & Vision, are the H.O.P.E. Through Divine Intervention, Inc. (HTDI) Core Values. Our HTDI Core Values demonstrate the essential, unchanging values of our organization. Not only do they represent what HTDI stands for, but they also guide our leadership and teams, in regards to how and where to direct our organizational efforts.

Our fundamental HTDI Core Values include: 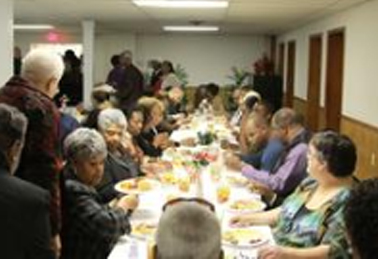 After being homeless for three years, H.O.P.E. Through Divine Intervention, Inc. (HTDI), Co-Founder, Jake Curtis, an honorable military veteran, accepted a two-fold spiritual calling to seek help for his own problems, and to find help for others. His heartfelt passion to help others came from his own pain, suffering, and addiction, Jake battled for more than 20 years. The vision was clear; however, it took time for him to accept the calling. On May 4, 1997, he cried out for help, and God answered his prayer by sending him to the Veterans Administration Hospital’s homeless program.

After meeting Co-Founder Selina Beene, later in 1997, while they were working in an addiction treatment center, he partnered with her to bring the vision for HTDI to life. In two years, Jake went from being a client, to resident manager, to driver, to peer counselor and then, finally to an employee. It was an important experience that helped him build a solid foundation for the tasks ahead, which ultimately led to the creation of H.O.P.E. Through Divine Intervention, Inc., (HTDI), co-founded by Jake Curtis and Selina Beene, in 2001.

Jake has attributed his success and sense of purpose to his personal relationship with God, the strong partnerships he has created in both his business and personal life, and his stated belief in the old proverb, “Give a man a fish he will eat today, teach him how to fish he will eat from now on!” Selina, a visionary whose motto has been, “When people live better, they do better,” has devoted her life to ensuring that chronically homeless individuals and families have access to quality, affordable, safe housing options and supportive services, necessary to overcome their special needs, such as HIV/AIDS, mental health, physical disabilities and substance abuse related issues, and other barriers to self-sufficiency. 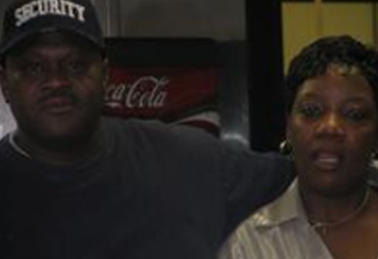 Together, Jake and Selina established HTDI in response to the alarming increase of chronic homelessness in the Metro Atlanta Area. Both recognized a growing need among the homeless population, especially regarding housing, for individuals waiting to get into transitional programs and treatment centers. Committed to “Helping Other People Excel (H.O.P.E.),” they have found the most rewarding part of their work, at HTDI, has been to “see someone new come in, and to watch his or her life transformed right before their eyes!” “HTDI is God’s gift to us, how we take care of it is our gift to Him!” -Jake Curtis

Licensed by the State of Georgia Department of Human Services, Office of Regulatory Services as a Specialized Day Treatment Program. In late 2003, HTDI was accredited by The Georgia Association for Recovery Residence (GARR).

Launched H.O.P.E. After Foreclosure making it possible for individuals and families to remain in their homes after foreclosure, in collaboration with corporate partners, such as The Wells Fargo Bank Foundation and Chase. If the program objectives are met, the individual or family will own their home within five to seven years. (add link to Hope After Foreclosure Home Ownership Program)

H.O.P.E. After Foreclosure program continues to respond to nationwide unprecedented foreclosure rates by expanding to 14 states, including 63 cities, to stabilize neighborhoods and create housing opportunities spanning all socio-economic groups of individuals and families. add pic of a home in another state form HTDI)

Leave Us a Message